A dazzling expose of the family tensions and dark truths behind a crumbling facade.

For centuries, the canalside residence of Keizersgracht 268 enjoyed a dubious reputation as Amsterdam's haunted house, a magnet for sinister conjecture. Twenty years ago, the building came crashing down when the foundations gave way. Rinske Hillen has chosen this ill- fated piel as the setting for the intense family drama at het heart of the prize-winning debut Dry Rot.

The house has been in de the family for generations – the ancestors are buried in the garden – but the home behind the stately frontage is rapidly going to ruin. The foundations are rotting and there’s a crack in the wall you can put your first through. The owner Bram Wenksterman initially seems immune to impending disaster. The houses of Amsterdam subside, it’s a fact of life. The may look upright, but expose the skeletons within those dignified shells and you would soon see how they cling to each other down in their embrace. That’s the way with houses, that’s the way with people. It’s the law of nature.

Biologist and columnist Wenksterman, a man of few words, lacks the funds to have the foundation seen to. Besides, he has other things on his mind. His wife, Veerle has been admitted to an asylum, and his daughter Amber has inexplicably abandoned her philosophy degree at Cambridge and returned home to Keizersgracht. And then there is Ella, his lover and his wife’s cousin, who is no longer prepared to settle for a role behind the scenes. Wenksterman’s 55th birthday must be celebrated in style and she is determined to be the hostess at his side. In full view, out in the open.

But there are revelations that run deeper than the affair between Ella and Wenksterman. The house at Keizersgracht 286 has another secret to keep, a dark truth that little by little edges into the light. When the day of the party dawns, the silence of decades is unexpectedly broken.

Dry Rot is a dazzling novel, thanks in small part to the trio of characters around whom the drama revolves. In Wenksterman, Amber and Ella, Hillen has created three beautifully rounded human being, each with their own admirable qualities and unsightly flaws. We cannot help but identify with their aspirations, their doubts and their idiosyncrasies. This makes for relationships that pulse with life, and for conversations and trains of thought that seem entirely natural.
Hillen plays adroitly with our expectation, effortlessly ratching up the tension. The narrative bristles with thought-provoking observations yet the pace never flags as the plot weeps toward its inevitable climax. An extraordinary debut. 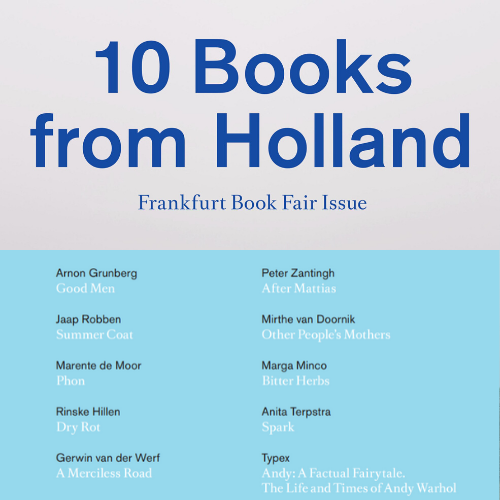